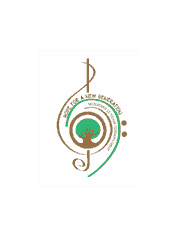 Hope for a New Generation is a global social justice organization established in 1999 by Jude Louis. Its basic objective is to combat poverty and child misuse and abuse by exposing and instructing at-risk urban youth to performing arts and raising their academic achievement levels. As the founder and executive director of the organization Mr. Louis has used his personal savings to bless many youth that were hopeless. He has reached many with the message of hope, education, spirituality and morality both here and abroad. Mr. Louis’ humanitarian efforts have been felt as far away as Africa, Brazil and Haiti after the devastating earthquake. In fact, he was at the forefront helping afflicted Haitian children and women. Youths benefitting from the Hope for a New Generation mentoring program are now in college, still in school or in the military living their lives more positively. Most of the youth testify that if it were not for Mr. Louis’ mentoring program they would be in the streets, in jail or dead.

Though Mr. Louis is a talented and educated humanitarian, he remains humble and obtains his satisfaction from helping the underprivileged in the society. For his noble works he has been recognized and honored numerous times by the lay community, music societies, churches, various organizations and other religious associations. Mr. Louis uses his talents for music and other performing arts to reach out to children whose lives are at risk of poverty and child abuse and help them improve their current situations and build brighter futures for themselves. The key pillars for the organization are Hope, Education, Spirituality and Morality.

Edna Herring-Cooper is a graduate of Nova Southeastern University with a master’s degree in Conflict resolution/mediation and Marriage and Family Therapy. She also has a Doctoral degree in Social and Community Services from Capella University.

Copyright © 2021 HOPE FOR A NEW GENERATION - All Rights Reserved.

HOPE FOR A NEW GENERATION